How an Early Stage MedTech Company Increased Case Volume by 79% and Generated 6,762 Appointments

A medical device company had recently developed a disruptive technology and needed to drive patient demand for their new technology. 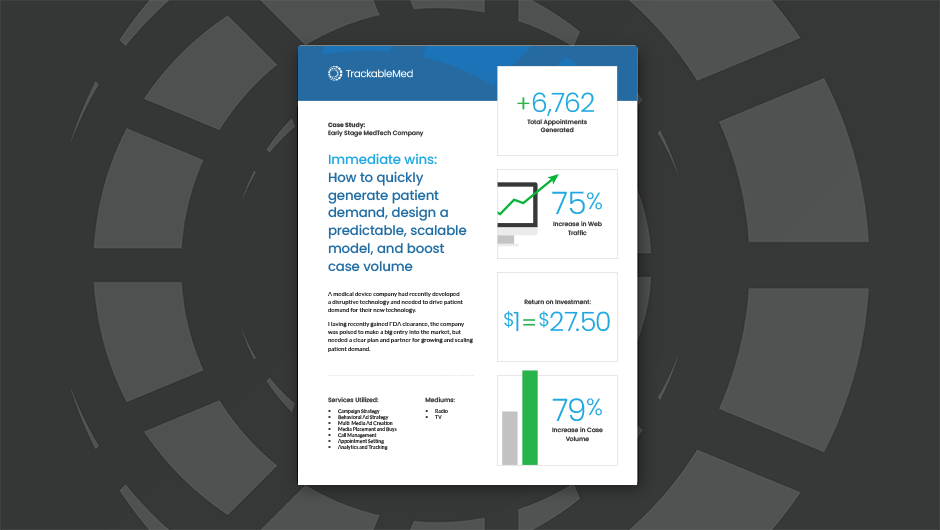 A medical device company had recently developed a disruptive technology and needed to drive patient demand for their new technology.
‍

Having recently gained FDA clearance, the company was poised to make a big entry into the market, but needed a clear plan and partner for growing and scaling patient demand.

Their technology helps treat a patient population that falls between medical therapy and traditional surgical techniques. This minimally invasive procedure was revolutionary for patients because the traditional treatment options either came with unnecessary (and painful) side effects, or patients had to endure an invasive surgery with painful recoveries that would cause patient candidates to wince at just the thought of the procedure.

The company needed to drive patient demand quickly and generate an ROI that could allow them to scale the number of procedures they were doing nationwide. They also wanted a predictable formula for their advertising and marketing investment that they could trust going forward.

One of the medical device reps for the company knew about the proven ROI model deployed by TrackableMed. So he made the introduction— confident that TrackableMed could deliver.

The TrackableMed team met with company leadership and discussed the approach. TrackableMed wanted to create a buzz in the marketplace that would actually drive patients to call their provider and request the procedure!

“Too many medical professionals advertise procedures or fancy technology the same way you might advertise a ‘thing’, like tires,” says Zed Williamson, founder of TrackableMed. “For this client, we wanted to really understand the trigger points of the target audience and structure our advertising acceleration program in a way that would have patients calling and requesting the procedure or technology because they believe it will help them.”

TrackableMed started by interviewing patients who had the procedure done. Armed with this insight, the team was able to draft a direct-to-patient campaign strategy that allowed them to pilot the initial ads in a test market.

The goal of this test was not only to generate calls—it was also to determine whether or not the ads were on target and resonated with the target audience.

The results of that test indicated not only that they had a winning combination, but that patients were eager to get more information!

In the first month of ads in a single city, TrackableMed received 136 calls.

This initial success provided the green light needed to expand the ads to three markets. Because of the immediate increase in revenue, the team began talking expansion to additional media channels. The target demographic was one that would garner significant exposure on TV, so TrackableMed layered TV ads on top of the radio ads.

As a result, the response simply exploded.

The keys to the results were based on a few factors:‍

- TrackableMed tailored their advertising placement recommendations based on which market would get the biggest bang for the buck for advertising.

- TrackableMed took the calls so that none of them were missed or handled improperly.

Through the campaign strategy, tracking, and monitoring, TrackableMed was able to develop a predictable, trackable formula for advertising growth.

Each phone call generated was worth $478 to the company -- this made it possible to know how many impressions they needed to serve in a market in order to generate a result. 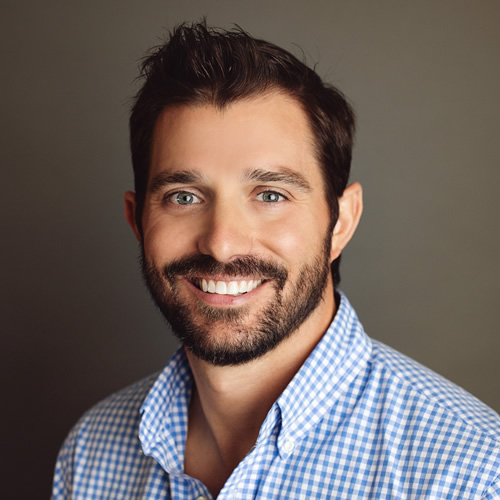 Clark Wiederhold brings more than a decade of MedTech sales and advertising experience to TrackableMed.

Grab a copy of this early stage MedTech case study to read later or share with your team!