Learn how we helped a MedTech company ramp up results for their innovative outpatient technology with a predictable growth framework. 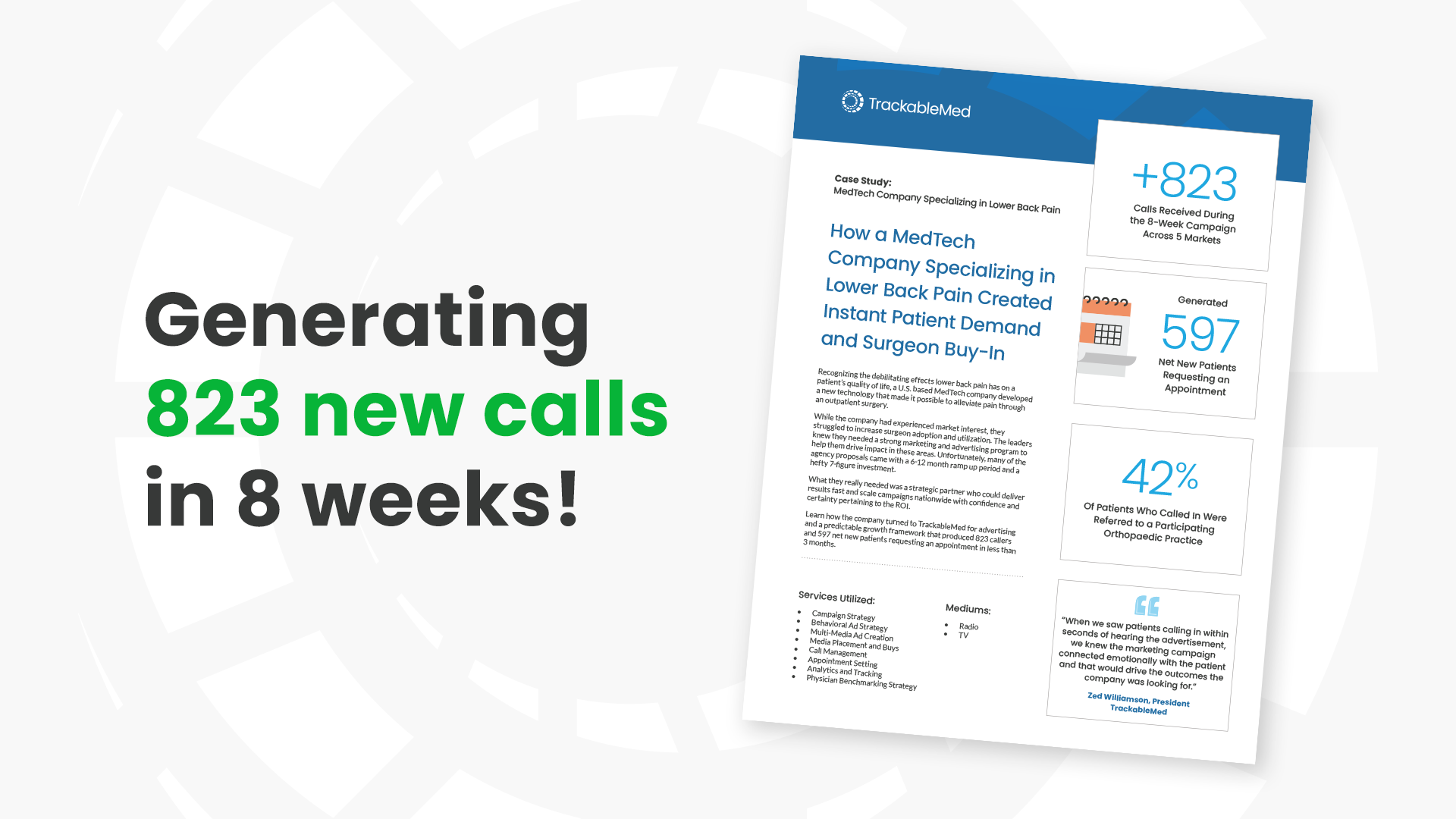 Recognizing the debilitating effects lower back pain has on a patient’s quality of life, a U.S. based MedTech company developed a new technology that made it possible to alleviate pain through an outpatient surgery.

While the company had experienced market interest, they struggled to increase surgeon adoption and utilization. The leaders knew they needed a strong marketing and advertising program to help them drive impact in these areas. Unfortunately, many of the agency proposals came with a 6-12 month ramp up period and a hefty 7-figure investment.

What they really needed was a strategic partner who could deliver results fast and scale campaigns nationwide with confidence and certainty pertaining to the ROI.

Learn how the company turned to TrackableMed for advertising and a predictable growth framework that produced 823 callers and 597 net new patients requesting an appointment in less than3 months.‍

An estimated 60-70% of adults suffer from lower back pain.

While there are a number of standard treatments for lower back pain, many are invasive and/or risky. As a result, patients spend their lives trying to manage their pain, rather than address the root issue.

This particular MedTech company developed a better way to help patients through a minimally invasive procedure using their device. Nearly 1/3 of patients with lower back pain are good candidates to benefit from this technology.

While proven effective through strong trial data, the company was having difficulty getting surgeons to consistently book cases using their device.

Surgeons utilizing the technology were seeing great outcomes and happy patients, but many patients were stuck in the maze of referral networks, and others believed they just had to live with the pain.

A secondary challenge the MedTech company struggled with was a clear understanding of the patient journey. Without it, patients would not feel understood or guided toward a solution.‍

Based on the data provided, the TrackableMed team knew they needed the campaign to speak directly to the patient’s pain. They started by interviewing patient ambassadors and employees who had experience in handling patient calls from the website. This led to valuable understanding of the patient and their needs.

They also discovered some insights that were important to the surgeon adoption side of the equation.

In looking at the unit economics of the technology and commercialization, it was going to be difficult to expect surgeons to perform dozens of these new procedures every month in addition to their current patient load.

TrackableMed realized this as a potential limitation to getting surgeons on board, so they sought to make it easier for many surgeons to buy in rather than a select few.This wide net strategy, as it was called, meant they could get hundreds of surgeons participating at a lower number of procedures per month, per practice, which was far more achievable from the orthopaedic practice perspective.

To make the numbers work, they needed hundreds of surgeons in multiple markets, doing 3–4 procedures a month.

To execute on this goal, the TrackableMed team deployed a stepped campaign approach - this allows them to build ads, test, optimize, and expand based on predictive factors. This also helped clients skip the traditional “research phase” so often prescribed by advertising agencies—the phase that often costs hundreds of thousands of dollars and lots of time, but does not drive any specific outcomes.

The campaign launched with a handful of carefully crafted ads, based on the specific pain points of the target patient population (gained from patient interviews), and tested this in 3 key markets.

TrackableMed also handled all of the incoming calls, processing the patient leads, and then delivering to practices based on patient preference—empowering the sales team to engage in specific discussions with their customers.

The MedTech company was given a dashboard of this activity in real-time, with number data only (no PHI).

As the numbers started to come in, this gave the leadership confidence ofTrackableMed’s ability to grow and scale their budget and ROI.

Most advertising companies claim it takes time to see results—which is why clients are often shocked during a TrackableMed campaign.

In fact, for this MedTech company, the first time their commercial ran in all 3 cities, they received a call within the first 60 seconds of the commercial playing.

With just the initial test, the highly trained TrackableMed appointment setting team referred nearly half of the callers to surgeons to find out if they were candidates for the surgery.

With the initial numbers escalating, the TrackableMed team continued with their stepped advertising approach, picking new markets to test and expanding the patient education campaigns.

“Calls continued to increase. Patients felt they were understood and heard, and
we were excited to learn that their pain could be alleviated. We knew this was a predictable, trackable model for our MedTech client, so it was a win-win all around.” – Zed Williamson, TrackableMed

Using specific selection criteria and ad response testing, they selected a market that resulted in the highest number of calls at the lowest investment and the numbers took off.

The last piece of the puzzle was trying to figure out how to create buy-in from the physicians.

Relying on the “wide net” strategy, TrackableMed helped the MedTech company frame the program in a way that helped them establish procedural benchmarks—showcasing which doctors were hitting the benchmarks and which were not.

If doctors were not hitting benchmarks, they potentially lose the ability to participate in the program.

This sense of competition and FOMO (fear of missing out) created a minimum threshold that made it favorable for the MedTech company. Plus, it was now a good decision for the doctors, as they were creating happy, healthy patients at the amount and threshold that was manageable, patients were still asking for the procedure.

Overall, the campaign was an excellent kickstart to consumer awareness and surgeon utilization nationwide. But what it also pointed to was the importance of patient-first advertising, leveraging neuroscience and human behavior to drive action.

The company was pleased with the overall results, and more specifically, the speed and predictability that made it possible for them to scale and open new markets with confidence. 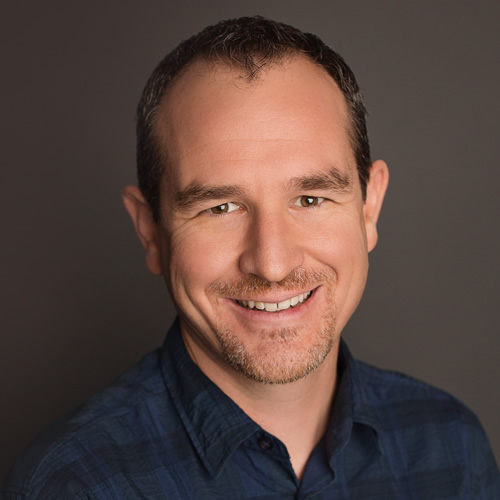